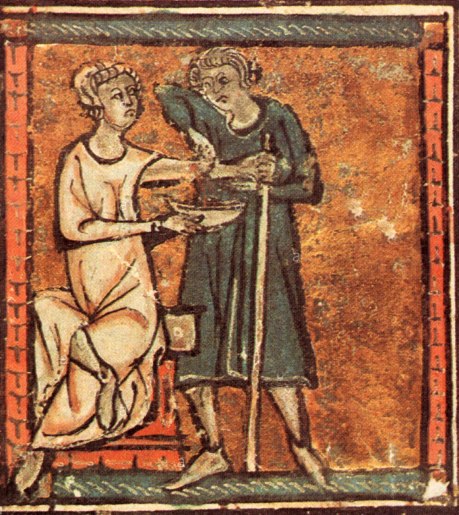 During the Middle Ages, the practice of surgery and medicine was carried out by the clergy but at the beginning of twelfth century, Pope Alexander III banned them from performing any procedures that involved blood. As blood-letting remained a popular treatment for a wide range of illnesses, the clergy turned to their barbers. Barbers traditionally worked in the monasteries, keeping the monks clean-shaven at all times, as decreed by Pope Urban II a hundred years earlier. The barber-surgeon provided a range of services such as tooth extraction and minor operations as well as bloodletting. 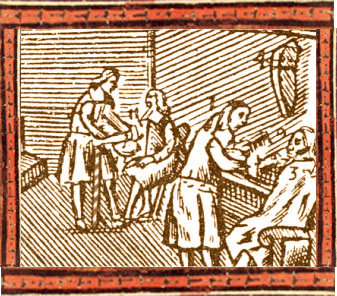 The barber’s pole was originally a symbol of the pole the patient held in their hand during bloodletting, the brass ball at the top of the pole symbolising the bowl used for collecting the blood or for holding leeches. After treatment the bandages were washed and wrapped around the pole to dry, giving it the traditional striped pattern.

The Black Plague of the 14th and 15th centuries had a devastating effect on the number of university-trained physicians (with a doctorate) and in 1540, Henry VIII united the Company of the Barbers and the Fellowship of Surgeons with a royal decree, the Company of Barber-Surgeons, to alleviate the shortages. (Even today, a hospital doctor loses his or her ‘Dr’ title and becomes ‘Mr’, ‘Mrs’, ‘Ms’ or ‘Miss’ once he or she has acquired higher surgical qualifications.) With no formal training, many barber-surgeons resorted to quackery, and discord between the physicians and the surgeons increased, which explains Dr Argyll’s antipathy towards barber-surgeon Mr Barker in The Red and the Scarlet. 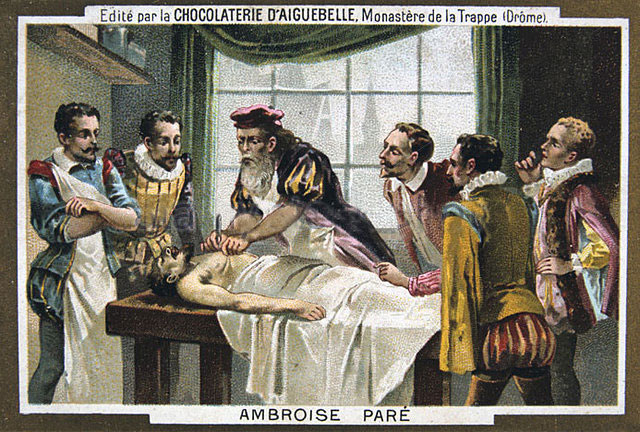 However, advances in surgery had gradually improved, pioneered by innovators such as Ambroise Paré. Originally apprenticed to a barber, this famous Frenchman served as army surgeon for thirty years, pioneering and inventing a range of procedures, in particular the treatment of war wounds. When his book Les Oeuvres was published in 1575, his ideas spread across Europe and respect for surgeons began to build until, in 1745, the surgeons finally dissolved their centuries-old partnership with the barbers to become the well-respected profession they are today.