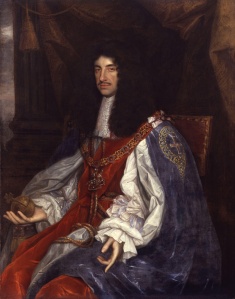 When Charles II of England lay dying from a convulsion which attacked him while shaving, the medicos of that day left no stone unturned in helping him along to the Great Beyond. First, he was bled of a pint of blood. Then his shoulder was cut and eight ounces more of blood was extracted by cupping.

Then followed an emetic, a purgative and another purgative. Next, an enema in which they used antimony, sacred bitters, rock salt, mallow leaves, violet, beet root, camomile flowers, fennel seed, linseed, cinnamon, cardamom seed, saffron, cochineal and aloes. This enema was repeated. In two hours, another purgative was given.

The King’s scalp was then shaved, and a blister raised on it. They gave him next sneezing powder of hellebore root; they sought to strengthen his brain by giving him powder of cowslip flowers. Purgatives were frequently repeated. He was given drinks of barley water, licorice, sweet almonds, white wine, absinthe, anise seed, extracts of thistles, rue, mint and angelica. When these did not cure him, they gave him a poultice of burgundy pitch and pigeon dung, to be applied to his feet. More bleeding, more purging; they added melon seeds, manna, slippery elm, black cherry water, extracts of flower of lime, lily of the valley, peony, lavender and dissolved pearls. When these did not do the trick, they went at it with gentian root, nutmeg, quinine and cloves. When this failed, he was given forty drops of extract of human skull. Then they forced down his throat a rallying dose of herbs and animal extracts. Then some powdered bezoar stone.

Alas, after an ill fated night His Serene Majesty was so exhausted that all the physicians became despondent. And so, more active cordials, and finally pearl julep [a heart tonic] and ammonia, were forced down the royal patient’s throat. Then he died.

(From a description by Sir Charles Scarburgh)

One thought on “Death of Charles II”